To check on unit availability, see the Balance Units Chart

(All prices for One Pearl Bank displayed here are for reference purposes. Prices are subject to change from time to time without prior notice. This webpage cannot be held responsible for any inaccuracies, omissions and/or dispute.)

One Pearl Bank sits at Pearl’s Hill, next to Pearl’s Hill City Park. It comprises two 39-storey high curvilinear towers set out in an S-shape and linked at the top by sky bridges. Standing tall at 178 meters, it will be the highest residential tower in the neighborhood.

Residential Units at One Pearl Bank condominium will certainly go on sale, with rates beginning at S$ 970,000 for workshop units. Built on the site of the former Pearl Bank Apartments, was one of Singapore’s architectural icons, the 99-year leasehold advancement. It consists of 774 units, varying from studio apartments to penthouses of in between 431 sq ft and also 2,788 sq ft.

The One Pearl Bank site covers an area of 82,376 square feet. Under the URA Master Plan, it is zoned for residential use.
Capitaland paid SGD$728 million to win the site in its collective en bloc sale. After including the lease top-up premium of around SGD$201.4 million, analysts worked out the land rate at $1,515 PSF PPR (per square foot per plot ratio).

The One Pearl Bank is not an easy one to build on, due to its typography and lack of room to manoeuvre, especially with such a tall structure to handle. Hence the break-even rate could be in the region of $2,150 PSF PPR, after factoring in all the development, construction, and marketing costs, as well as financing and overheads.

This is especially since the finishes and fittings provided here are at the higher end of the spectrum. Furthermore, the units come fully fitted, in an almost ready-to-move-in state.

Based on the indicative starting price of around $2,1xx to $2,2xx PSF announced, it looks like Capitaland is taking an extremely small margin for the Preview. This is a strategy that is increasingly used by developers to achieve good sales figures for the launch so as to create momentum, following which they then increase prices.

CONTINUE TO ONE PEARL BANK GALLERY »

Fill up the form on the right and get a copy of One Pearl Bank Price, E-Brochure, and Latest Updates! 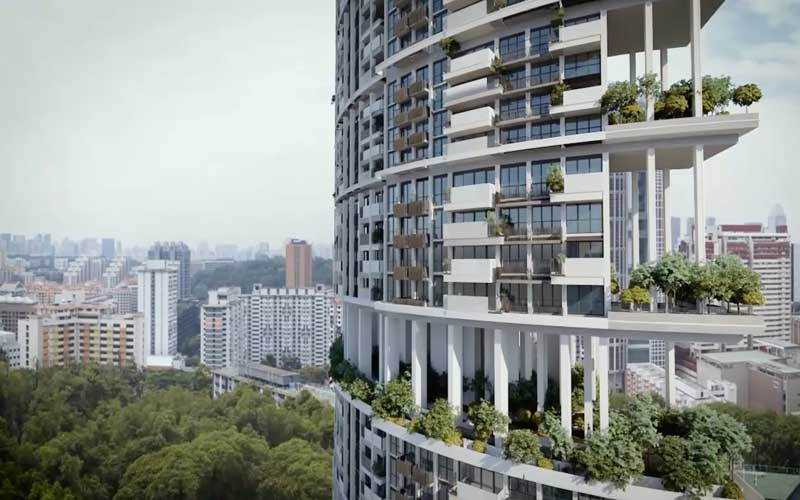